We began Term Four by reading the story of ‘The Hungry Caterpillar’ and viewing artworks created by the author Eric Carle. Inspired by his work we began using his technique to create our own works of art. We explored mixing the primary colours red, blue and yellow to discover new colours, then used scrapers, forks and bubble wrap to add texture to our work. 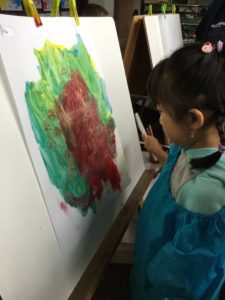 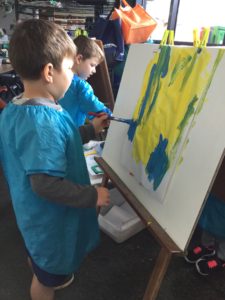 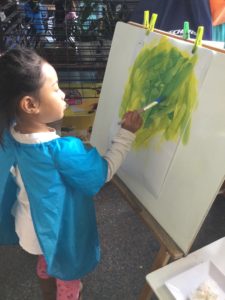 We then turned these paintings into pictures inspired by the illustrations we had seen in the story. We drew shapes then cut and pasted the shapes together to create caterpillars, suns, leaves, eggs and butterflies. 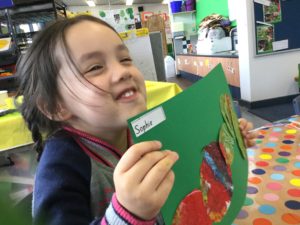 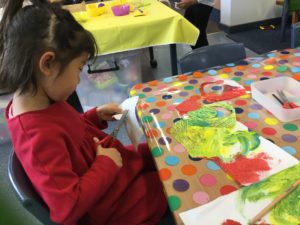 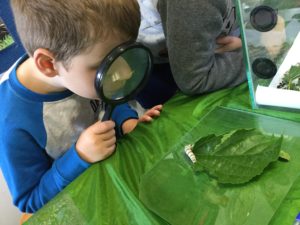 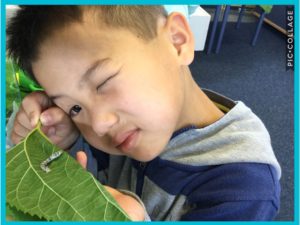 Some children decided to investigate if all insects made cocoons. They made bug catchers at the collage table and searched outside to find insects.They then put them bug catchers and observed them in class. Unfortunately the insects escaped before we could find out if they made cocoons. 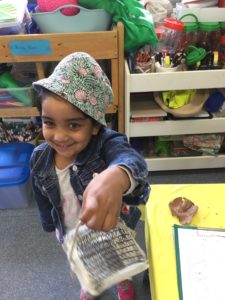 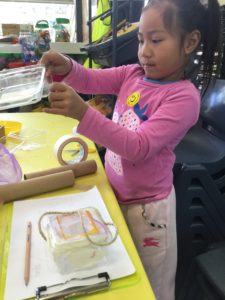 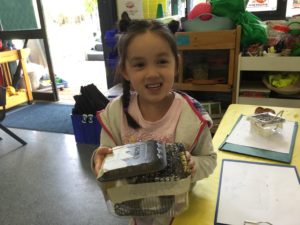 Other children decided to retell the story of ‘The Hungry Caterpillar’ using some props found in the reading corner. We recorded the recount using the iPad. 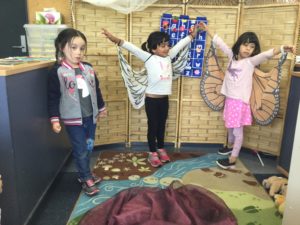 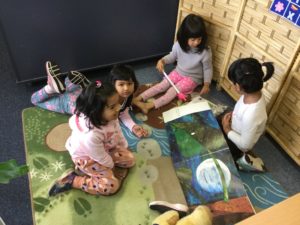 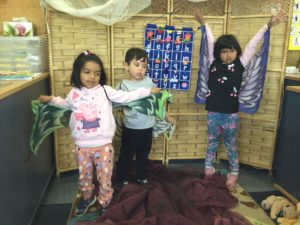 Delighted by the discoveries made when mixing primary colours, we decided to explore what happens when we mix different amouts of yellow and blue in water. The children were delighted by the many different shades of green they created and recorded their discoveries using the iPad. 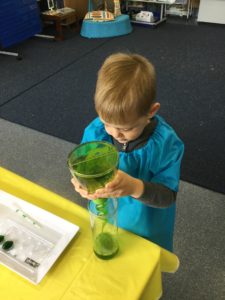 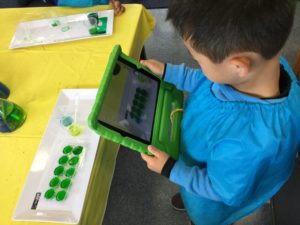 Stay tuned for our next post where we discover what happens to our silkworms when they hatch out of their cocoons!