Today, 13 February, is the anniversary of the National Apology to the Stolen Generations.

This is a day to commemorate this significant event, when Kevin Rudd – then Prime Minister of Australia – made a formal apology to Australia’s Indigenous Peoples whose lives had been devastated by government policies of forced child removal and assimilation.

Please take the time to watch the video here and read today’s article from SBS News “Twelve years since the National Apology, Australia’s ‘journey of healing’ has a long way to go”.

To learn more, read this article on the NITV website: 10 things you should know about the National Apology. 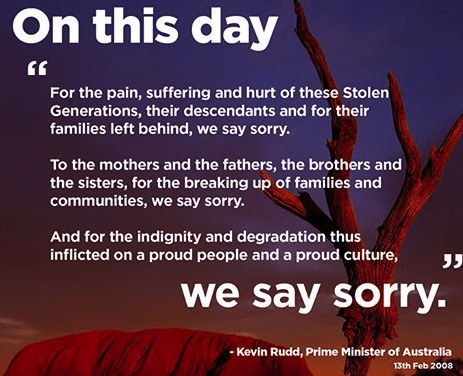