This week in Maths…

We have been learning about number lines.  We created a number line starting from number one all the way up to number 20.  The children were each given a random number between 1 and 20.  They then had to listen carefully and only approach the number line to peg up their number if it was BETWEEN a certain amount.  For example, all the children who had a number BETWEEN 15 and 20 were asked to come up and place their number where they thought it should be on the line.  Then all the children who had numbers BETWEEN 5 and 10 were chosen to come up next and place their numbers on the line.  It was great to see the children understanding the term “between” and problem solving with each other to work out where the numbers should sit and who needed to leave a space for those who had the numbers that came before and after theirs.  We then worked on this in smaller groups, during our maths rotations.  Once we all understood the order and sequence of number in the number line, up to 20 we extended our number line and knowledge further – up to 30!  It was a lot of fun and a team effort! 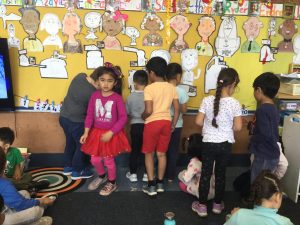 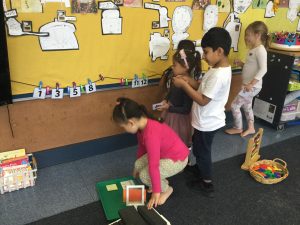 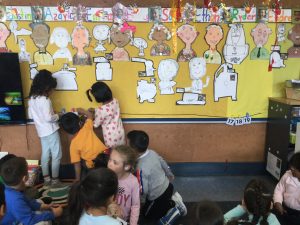 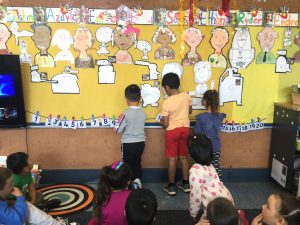 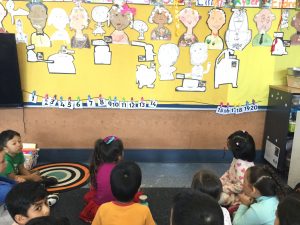 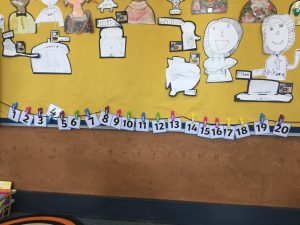 We have been learning about part-part-whole through the game “shake and spill.”  We started with 6 counters in total (this is the whole).  We placed the counters in a container then shook it up and spilled it on the mat to reveal how many yellow came face up and how many red came face up (the two separate parts: yellow and red) make the whole.  We took turns at shaking and spilling then representing the parts that make up 6. We represented our learning through numerals and pictures. 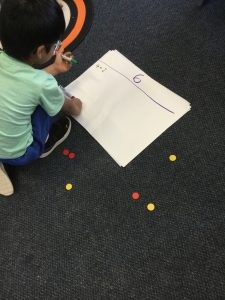 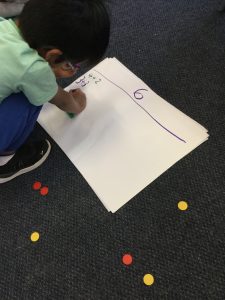 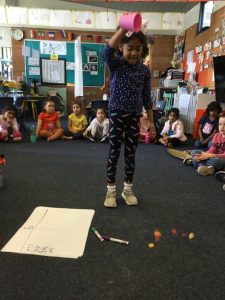 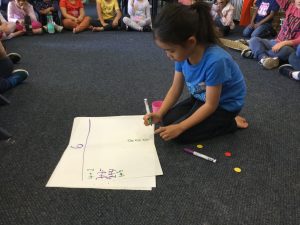 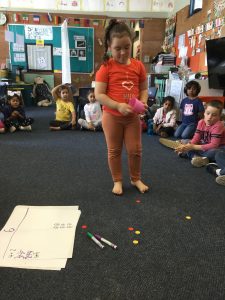 We have been learning about 3D shapes and have been using various materials like play dough, coloured sticks and blu tak to recreate some 3D shapes.  We have been focussing on number formation through painting and writing numbers. 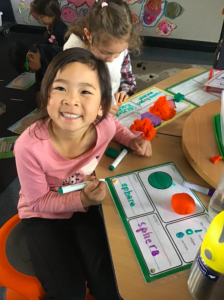 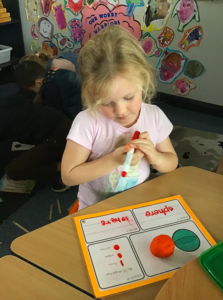 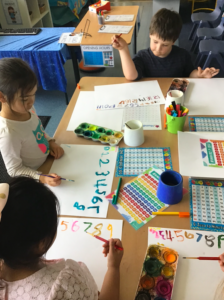 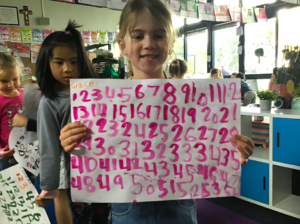 We have been using think boards to work on our problem solving with addition.  Think boards help us to visualise and use concrete materials to work out our thinking.  We are getting so good! 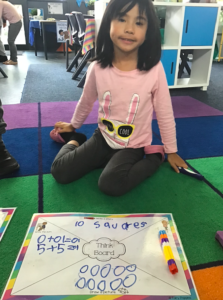 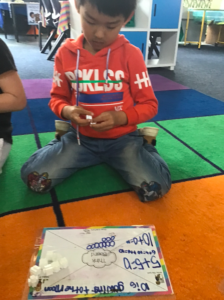 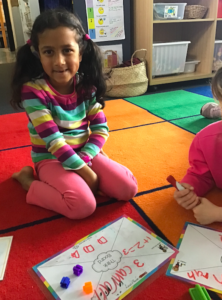 Keep on counting, exploring numbers in the environment and when you are out and about!  Keep singing lots of counting songs and rhymes!  Keep exploring Mathletics at home!  Keep having fun with NUMBERS!

Have a great weekend everyone!  Love the PP Team!