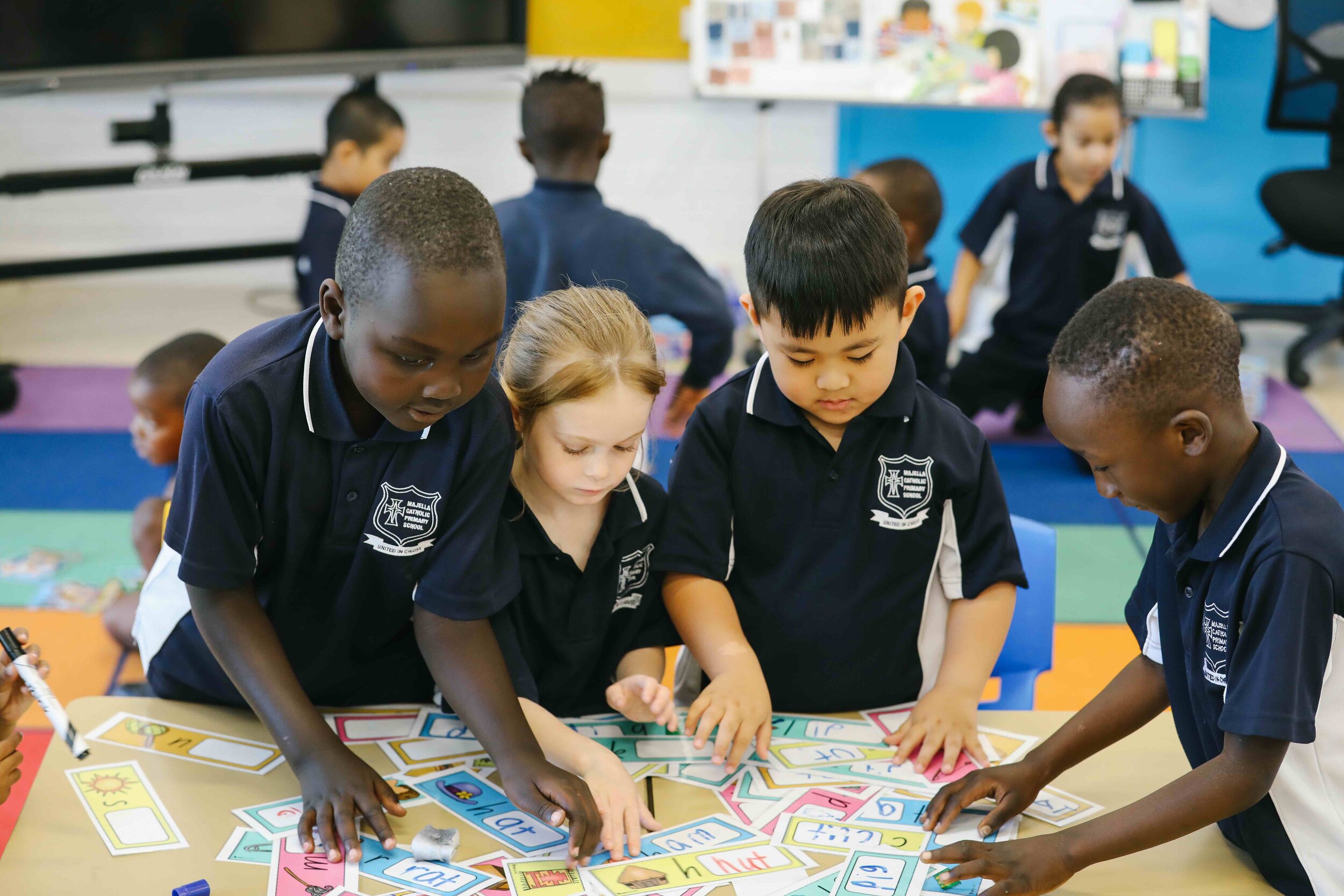 For more than 175 years, Catholic schools in Western Australia have helped prepare, educate and shape our leaders and citizens.

As a vital education partner for the State Government, we provide education for 77,000 WA students, in more than 160 schools, representing one in six primary students and one in four secondary students.

Our work also supports the wider community ambition of excellent education — regardless of financial status or geography. More than a third of our schools are outside the metropolitan region, and more than half support lower socio-economic communities.

It is a priority of Catholic Education WA to educate the whole child –intellectually, spiritually, physically, morally and emotionally – and we are proud of our record in educating young people who contribute throughout their lives to the betterment of our world.

On this website you will find a detailed account of the role of Catholic Education in WA, the education we provide and the role we play in supporting the WA Government in the delivery of excellent education.

Catholic Education in WA is a partner in the education of Western Australian children, and has been since 1844. Our presence gives parents the choice of a Catholic education for their children, as well as an opportunity to learn in a non-government school that is both affordable and committed to diversity.

It is a role to which we are committed, but it is important to recognise it is also hugely beneficial for Western Australia.

The 77,000 students studying in Catholic schools today would otherwise be eligible for state government education — but providing the infrastructure, teachers, resources and funding for this cohort would be enormously expensive for WA.

It’s estimated that educating these children in WA Catholic schools, rather than in a government setting, saves the WA State Government $611 million a year.

At the same time, CEWA is a major employer of Western Australians, supporting approximately 11,000 teaching and non-teaching jobs.

Through the provision of excellent education, our commitment to all students regardless of income or geography, and our investment in providing education to tens of thousands of WA children, we make a daily contribution to the wealth and success of our state. 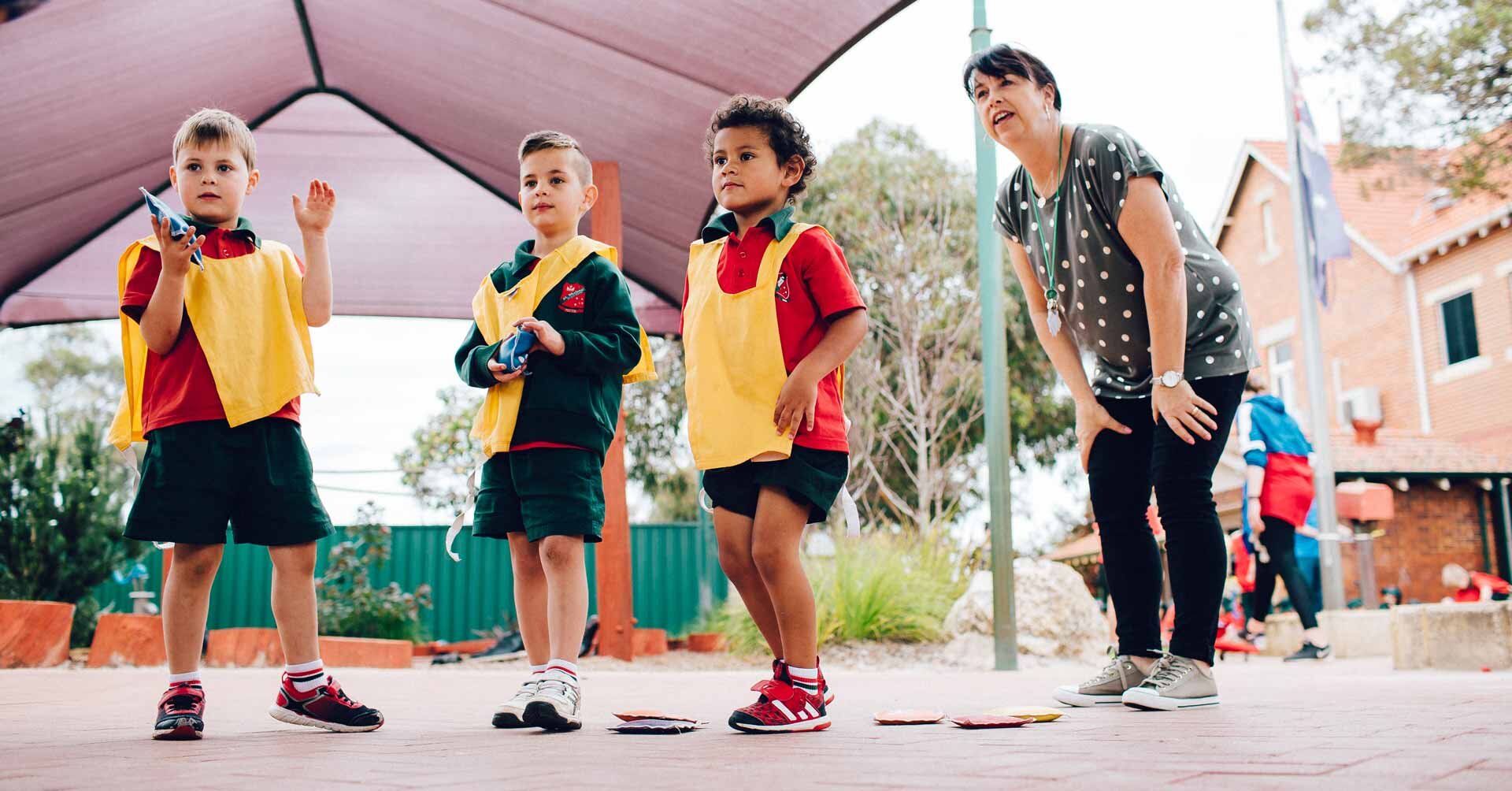 The demand for Catholic education continues to grow, and over the next decade there will be sufficient numbers to warrant ten new schools across our state.

At the same time, the needs of our students are also changing. Mental health and wellbeing are a growing challenge for young people in WA, and one in seven children has been assessed as having at least one mental health disorder.

As the world now knows, physical health can also not be taken for granted. Our schools need additional support to be COVID-safe, ensuring our students can learn and our teachers can teach in a safe, secure environment.

Despite these challenges, funding for Catholic Schools has been in decline.

We need the WA Government to recognise the contribution of Catholic Education in WA, and support our role as a partner in educating tens of thousands of Western Australian Children.

Promoting parental choice – every family should be able to access the educational environment most suited to their child and family’s needs.

We are asking for a better capital loan scheme that provides better lending terms for Low-Interest Loans, by reducing interest rates and extending the current 15-year loan maturity period to 20 years.

2. Funding support for essential psychology services that meets the mental health and wellbeing needs of students.

We are seeking a five-year commitment to provide $10 million per annum for an additional 50 psychologists. This will enable our psychologists to work with more Western Australian children, supporting better mental health and wellbeing outcomes.

We are asking for State Government support to provide COVID-19 disruption relief funding equal to that offered to government schools, in order for us to continue to provide relief to staff and families, many of them struggling with the economic cost of the pandemic.

This commitment directly supports the families of our 77,000 students and the 11,000 staff who each day provide excellent education for the future of Western Australia.

The educational impact of Catholic schools is clear. It can be seen in the lives and leadership of more than a million WA graduates and the contribution they make to the world.

But the economic importance of our role can be less obvious.

The WA Government saves an estimated $611 million a year that would otherwise be needed to provide government education for Catholic school students.

Our 163 schools and other facilities would cost the WA Government more than $5.1 billion to replicate, and almost all our capital costs — from buying land to constructing buildings — are funded by private contributions.

More than half our schools are in low socio-economic areas, and our commitment to keeping fees low means parents pay limited fees, while still being able to access learning environments best suited to their family and children’s needs.

Our commitment to inclusivity means we promote education for all, welcoming students from diverse cultural and language backgrounds as well as offering specialist learning environments for more than 7,000 students with a disability, many thousands for whom English is a secondary language, as well as 3,100 Aboriginal students.

Our colleges are among the top performing schools in WA, and consistently help students achieve their potential, whether that is university study, vocational training or workforce entry. We exceed the State Government system for median ATAR and our schools excel in literacy, numeracy, reading and writing.

+ What funding do Catholic schools currently receive from the Government?

+ How much less funding do Catholic school students receive compared to their peers in Government funded schools?

+ How much does the State Government currently contribute to the capital costs of Catholic schools?

In WA Catholic schools, capital costs associated with the purchase of land, construction of buildings and property improvements are funded primarily from private contributions.

Parents and families of students at Catholic schools have always contributed the vast bulk of capital expenditure on school infrastructure. Between 2009 and 2017, 88 per cent of capital funding for WA Catholic schools was sourced directly from parent fees.

Despite the taxes of our parents contributing to the construction of government schools, there is no comparable allocation for Catholic schools. This means our parents are effectively paying twice for their children to have access to modern education facilities.

+ How does WA State Government Catholic school capital funding compare to other States?

+ How much does the Catholic education system save taxpayers each year?

+ Why is this funding request so urgent?

In 2020, CEWA has experienced unexpected costs due to the additional support provided to our family networks during the COVID-19 pandemic. This has included substantial financial support to families experiencing hardship, additional psychological support services for our students, and a substantial investment in strict cleaning and hygiene practices to ensure the safety of our students and their families.

If the new debt was replaced or partially replaced by State grant funding, CEWA could reprioritise capital expenditure to the benefit of the State's education system and the local economy.

+ What mental health funding support do Catholic schools receive from the State Government?

CEWA Psychology Service currently receives a grant of $2.5 million per year from the State Government, translating to the employment of 16 full-time equivalent staff in the CEWA Psychology team. This grant ends in June 2021 and has not been indexed for several years. This lack of indexing places considerable pressure on sustaining current services, let alone responding to increasing demand for services, increased complexity of cases and broader areas of need.

+ How does this mental health funding compare to State schools?

The Department of Education Psychology Service receives ongoing funding for approximately 360 FTE psychologists. In 2018, as part of a previous election commitment, the WA Government provided additional funding for 30 FTE wellbeing coordinators in government schools to strengthen mental health prevention programs. Catholic schools were not included in this initiative.

CEWA is seeking an ongoing commitment from the State Government to provide access to an additional 50 psychologists for our schools, at approximately $10 million per annum.

For more information on the contribution of Catholic Education Western Australia to our local economy download link.